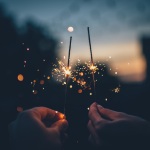 What is the purpose of life, or perhaps beyond life, or existence itself? How one answers this question will depend on one’s beliefs, ranging from nihilism to religious concepts of salvation and the afterlife. In Freemasonry, we don’t impose or require any particular belief regarding the purpose of life on the grandest scale, although we do focus heavily on the improvement of each individual, what some might call personal evolution. Ultimately, each Mason has his or her own beliefs, and come from a variety of religious backgrounds.

What is the relationship of this focus on personal development to various possible higher, metaphysical concepts of life’s purpose, or the soul’s trajectory?

It’s very interesting the ways that a concept of a higher power are connected to personal betterment and evolution. This is one of the reasons for the requirement of a belief in a higher power for entry into Freemasonry, because the opposite of this belief, materialism or physicalism is also intrinsically nihilistic, though some may feebly attempt to deny it. To believe in God or the Divine is to believe in a purpose to Creation, a concept known in philosophy and theology as teleology, from the Greek word telos, meaning “reason, purpose, or end.”

If we, and the universe we emerged from, simply happened and were not somehow created as the modern materialist orthodoxy insists, this means that we and the world are essentially an accidental, pointless mess of dust blowing in the cosmic wind, meaninglessly. This is a particularly bleak worldview, which in spite of its many philosophical problems, has risen to prominence in the academic and intellectual culture of the West. Freemasonry is diametrically opposed to this view, in that one of the very few beliefs our diverse group does share is the belief in a higher power, and the Telos which that belief implies.

The Many Faces of Telos

While we may all share a belief in God (or something like it) and Telos, the individual and sectarian concepts among various Brothers of what exactly that teleological purpose of our existence is can vary widely. This will depend on how we conceptualize God or the Divine, and the purpose for which we were created. Some of the most common teleological differences are between Abrahamic religions, those of the East, and more nature-based spiritual traditions.

Abrahamic faiths like Christianity, Islam, and Judaism, for instance, tend to focus on some sublime end, usually an afterlife, or a time in the future when the dead will be raised and live in a more Earthly paradise. In either case, it’s generally believed that our purpose is to serve and worship God, and to eventually enjoy the heavenly state individuals have earned by having chosen to live for their Creator. Usually, they believe we live only one life, and then proceed to eternal reward or punishment.

Eastern religions, on the other hand, such as Buddhism or Hinduism, tend to believe that our souls evolve over many, many lifetimes and eons, perhaps even existences on other worlds, or in other dimensions. While they generally believe in heavens or hells, these are all temporary states which a soul may pass through. The ultimate goal is to be completely free of our illusions, and to realize our unity with God, or the Ultimate Reality.

Nature religions such as Shamanism, Taoism, or Paganism are an interesting case, as they focus more on our position in relation to the natural world, usually conceived as a grand living entity, and the various spirits and ancestors which inhabit the non-physical realm. Still, there is often a sense of Telos, if not in a trajectory towards an end, at least towards some idea of balance or harmony.

One of the chief benefits of Co-Masonry is its adaptability and applicability to life, regardless of what faith and individual Telos a person adopts. The virtues which are taught in Masonry, such as personal discipline, honor, universal brotherhood, truth, equality, and justice are all qualities which contribute to any concept of Telos that one might identify with. Whether you believe that your destiny is heaven, enlightenment, nirvana, or simply cosmic harmony, the qualities and skills which Freemasonry encourages are pragmatic and conducive to those ends.

It’s truly a magnificent feat which our Brothers before us achieved, by combining the common elements of moral philosophy and sacred teachings from so many traditions, to create a common path which could encompass all believers and seekers, to work together in Brotherhood towards the betterment of the human race.