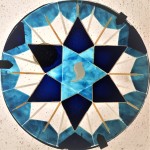 It is the custom of Freemasons to gather to lay the foundation stone or dedicate and consecrate certain places in time-honored ceremonies. For example, on September 18, 1793, President George Washington, a Freemason, laid the cornerstone of the U.S. Capitol and was assisted by the Grand Master of Maryland Joseph Clark, in a Masonic ritual.

The newspaper of the day reported: “On Wednesday, one of the grandest Masonic processions took place, for the purpose of laying the corner-stone of the Capitol of the United States, which, perhaps, was ever exhibited on the like important occasion.” 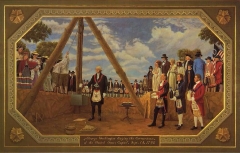 Following Masonic tradition, such sacred work was accomplished on September 23, 2017, when Universal Co-Masonry instituted Polaris Lodge in Dallas, Texas. The ceremony was conducted on that Saturday morning at 11:00 a.m.

The Most Sovereign Grand Commander Magdalena I. Cumsille presided and granted Dispensation to the Dallas brethren to form Polaris Lodge. Addressing those assembled, the M.S.G.C. stated:

Since time immemorial, it has been custom among Freemasons to dedicate certain places, persons, or things to Divinity, in order to prepare them for a specific role and purpose. Today, honoring that ancient tradition, we are assembled here to birth Polaris Lodge: the first of many Lodges to be instituted under the banner of Universal Co-Masonry.

Brothers from all orients of Universal Co-Masonry united fraternally to dedicate the Lodge that arose from the continued labors of so many. The name Polaris 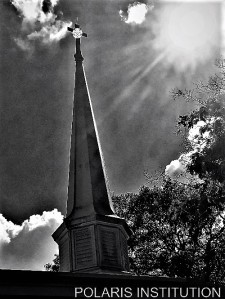 was chosen by the Brothers of the new Lodge, which is the name of the celestial body also referred to as the North Star or Pole Star.

As Freemasonry is an ancient craft of Builders, Polaris has long been an important point of orientation. Before the invention of the compass, builders laid out the north and south lines of their foundations by observing the heavens. Of particular usefulness was Polaris, which allowed for the alignment of a perfect North and South line. Freemasonry venerates the great builder, King Solomon of Israel, who raised a sublime Temple, which he dedicated to God. During the ceremony, the M.S.G.C. explained:

It is important to remember that true enlightenment can never be achieved except in the Spirit of Brotherhood, based on unity in Spirit. King Solomon is one of the main characters in the annuals of Freemasonry, and he had this in mind when he concentrated the attention of the whole nation in building his Temple….

When the Temple was finished, the King said: “I have surely built Thee a house of habitation, a place for Thee to dwell forever.” (I Kings 8:13) 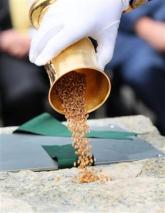 Following the tradition of the Ancient Israelites, the Temple was consecrated with corn, wine, oil, and salt to launch a new unit of brotherhood into the United Federation of Lodges.

In addition to its usefulness to the Craft in building, Polaris has long been regarded as a guide and orientation point to travelers across the globe. Brother Albert Mackey, expounded on the importance of Polaris in his book, “An Encyclopedia of Freemasonry,” by stating:

The North Star is the Pole Star, the Polaris of the mariner, the Cynosaura, that guides Freemasons over the stormy seas of time.

For two thousand years, sailors and travelers have used this star as a means of navigation. Brother P.D. Newman, in his work, “Freemasonry and the Art of Moral Navigation,” wrote:

The North Star then, both literally and symbolically, is that guiding light by which a traveling man may find his way back home, that is, back to the center.

With the institution of this new body completed, the Brethren assembled then celebrated the occasion with a festive banquet.

Congratulations to all of the Brothers who have dedicated their time and efforts in the formation of the new Lodge. May the light of Polaris shine forever as a guide for the builders of the Temple of Humanity.