The Masonic Pursuit of Freedom 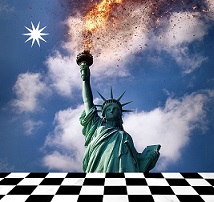 What makes a Freemason free? I started brooding over this question one day when wondering which word is better to use, “Freemason” or “mason.” Is one term more correct? Historically, the distinction is said to be a carry-over from the medieval period of the stone masons. In a grammatical sense, both terms are used interchangeably today. Like any word, I guess you can speculate more about their deeper meanings, if you are so inspired.

Anyway, as sometimes happens, a smaller question led to bigger ones.

What is freedom? How is it important to a Freemason?

The concept of freedom is difficult to understand because it can work in mysterious ways from within out; it is not imposed from the outside. Rosa Parks was not protesting so that she could be free, nor was Mahatma Gandhi in prison waiting for someone to anoint him with an elixir of freedom. In their hearts and minds. they were already free!

Freedom means many things to different people. Some philosophers call freedom a principle, a law, or a right. It can be defined from various perspectives like economic, social, political or religious. Freedom has also been said to be a state of mind or even a state of being when a person is liberated from the “tomb of matter.” There are a select few who don’t believe it exists at all.

Regardless of how we define it, most would agree that freedom is part of our approach to life. The very ideas such as freedom of thought, freedom of speech, freedom of worship, and freedom of choice all have become the very water and air of our societies. These freedoms are highly prized.

The American Declaration of Independence tells us:

“We hold these Truths to be self-evident, that all Men are created equal, that they are endowed by their Creator with certain inalienable Rights, that among these are Life, Liberty, and the Pursuit of Happiness.”

Is, then, the instinctual striving toward freedom and the pursuit of happiness inherent in all human beings?

The Pursuit of Happiness by Aristotle

The great philosophers in earlier centuries had a huge impact about how we think about these types of questions today. More than anyone else, Aristotle enshrined happiness as a central purpose of human life and a goal in itself. I read Aristotle’s Nicomachean Ethics years ago before becoming a Freemason and adopted it as much of my own personal philosophy. In the lectures he presents a theory of happiness that has carried through all my years as a mason which says a lot.

Aristotle suggests that human existence is an activity of soul in accordance with virtue. To understand the nature of happiness or “eudaimonia,” as he called it, we must investigate the nature of virtue.

As Aristotle puts it:

Now, I thought the conclusion that Aristotle comes to after his lecture on virtue is very interesting. He says that none of the moral virtues are inherent in human nature. For example, the moral virtues, such as fortitude, temperance, justice, and prudence, can only be attained through practice and habitual action. Essentially, his line of thinking is that happiness comes from virtue, and then virtue comes from  freedom of choice. He says that “to entrust to chance what is greatest and most noble would be a very defective arrangement.”

Choices, as he defines them, are the things that can be brought about by one’s own efforts. Responsible choices are the ones that provide the greatest good for the greatest number. The freedom of choice is an essential component in the formula to happiness and consequently to becoming more “free.”

Which aspects, then, of freedom are most immediately identifiable to a freemason?

In the writings of Manly P. Hall, we find many ideas that are in sync with Aristotle. When a mason passes through the door of the Temple and takes his seat, he has made a choice to let his entire nature be subjected to a drastic discipline of ethical training. By development of virtues, he advances in the Craft.

Manly Hall writes in The Candidate:

“There comes a time in the growth of every living individual thing when it realizes with dawning consciousness that it is a prisoner. It is at this point that man cries out with greater insistence to be liberated from the binding ties which, though invisible to mortal eyes, still chain him with bonds far more terrible than those of any physical prison.” 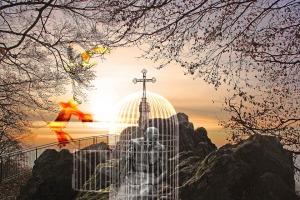 One can only speculate what Hall meant by the binding ties that chain him.

What is the candidate being liberated from? Perhaps it could be said that the candidate is a slave to his dogmas and ideologies. He may be further tainted by the dynamics of power and profit. When a person is liberated from the prisons of ignorance and vice, then the attainment of greater freedom is automatic. There’s a greater purpose to life than the egotistic individual who is running the show.

“The eternal prisoner awaits the day when, standing upon the rocks that now form His shapeless tomb, He may raise His arms to heaven, bathed in the sunlight of spiritual freedom, free to join the sparkling atoms and dancing light-beings released from the bonds of prison wall and tomb.”

As Hall expresses, to be released from the bonds of prison wall is not a simple task. As Aristotle emphasized, it is easier to miss the mark than to hit it. For this reason, “right conduct is rare and praiseworthy and noble.” Freedom comes from examining everything in the light of whether it comes from an inner truth, or from a reaction to outer things.

In the end, why is it so hard to align with that inner truth? I say that maybe it’s much harder to hold out against it.

“Liberty, when it begins to take root, is a plant of rapid growth.”  ~ George Washington

← As Above, So Below: What Does it Mean to a Freemason?
Censing in Freemasonry: Practical or Symbolic? →