As Above, So Below: What Does it Mean to a Freemason?

From the teachings of Hermes comes the well-known maxim, “as above, so below.” Those four words have become a sacred phrase, an adage of wisdom, an underlying principle, an ancient aphorism, and a mystic saying. The dramatic opening lines of the Emerald Tablet read as follows:

Over the centuries almost every organization and religion has loosely put their own spin on the formula. Many philosophical schools believe “as above, so below” is the same thing as the Principle of Correspondence. In other words, everything above (spiritual) corresponds to something material (below). Nothing exists in isolation. Matter contains spirit, and vice versa.

More often today, I think the phrase is carelessly bandied about. For some thinkers, the spiritual dimensions are dismissed as unverifiable or inadequate to explain how and what life is. Some say modern man’s understanding of the entire Hermetic chain has been flattened over time. I hope not.

Of interest to me, however, is how deeply and how widely that maxim is embedded into the teachings of freemasonry.

How is the Hermetic principle applied to a Freemason? Or is it?

I may be mistaken, but “as above, so below” is not a masonic phrase, per se. If used in any way shape or form, it did not have its origins as words in ritual. I can only remember the phrase mentioned one time in conjunction with a lecture on astronomy. Even so, Freemasonry has some roots in the Hermetic tradition of Western occultism and so the philosophy is heavily embedded in the teachings. And it is here we begin the introspection and speculative discussion of the phrase itself.

The Masonic Ladder according to W.L. Wilmshurst

into the poetic lens of metaphor. Sometimes, before venturing into my own fantasy land, I like to read what the masonic scholars say.

There is one symbol in particular that W.L. Wilmshurst writes about in his book Masonic Initiations that struck me as a good example of the maxim “as above, so below.”

That symbol is Jacob’s Ladder. It is also called the Masonic Ladder and is said to reveal a connection between heaven and earth with God at the top of the ladder. Angels are seen ascending and descending. Some say the ladder shows a hierarchical ordering of the Universe, a great chain of being, a principle of correspondence.

“Indeed Life, and the ladder it climbs, are one and indissociable. The summit of both reaches to and disappears out of ken into the heavens; the base of both rests upon the earth; but these two terminals – that of spirit and that of matter – are but opposite poles of a single reality.”

If you think you can spot Plato in this, you are quite correct. Plato offered theories of knowledge that were also illustrated by ladders. Those who climb the ladder advance from one step to the next and build on the knowledge gained from the one below.

Now, there is something that Wilmshurst writes later on that I found interesting. He believes that this cosmological truth, the Principle of Correspondence, is one that Masons should all know. Yet, he claims that most Freemasons have “hazy notions on the subject.” And I quote: “The modern mason is not interested or treats the information as not credible.”

This line of thought left me with a question. Where does the modern Mason learn about cosmology?

The Great Chain of Being – Veiled in Allegory

Of course, there are always books and study papers to read to gain knowledge. But I am wondering if the true cosmological truths that Wilmshurst speaks of are kept alive in 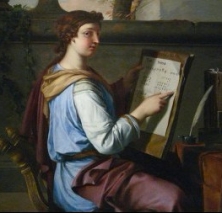 the masonic rituals and allegories. Each masonic ceremony speaks to the unconscious mind, slipping past the usual dogma and conscious defense mechanisms.

If I can use a masonic metaphor for a moment; in the Mind of The Great Architect it has been written that there is a ritual taking place all the time. It is a divine drama with the building theme of making perfection out of imperfection. When, therefore, here upon earth, a ritual is enacted, symbolizing that eternal process, then some of the spiritual realms above are brought down to earth. It is this mysterious unity of thought, synchronizing above to below which gives Freemasonry its magic and eternal purpose.

In the book Spirit of Masonry, Foster Bailey writes:

“A symbol is an outer, visible, and tangible sign of an inner spiritual reality. If this is admitted, then behind all the outer forms of the Masonic work, latent in its rituals, and hidden behind the entire system of symbols, is some spiritual value and some definite and intended teaching which can be discovered by those whose vision can be awakened.”

Perhaps the “biggie” truth is this. The “inner spiritual reality” that Bailey writes about is

an inner state of being. For Freemasons, each of us is a builder, working with the hierarchical order of things, according to his ability. Each must not only contribute his work, he must also grow to be capable of greater work.

I believe that when the two realms of spirit and matter unite, the Lodge on High sends its spiritualizing forces of life to the humble lodge below. Yet, the idea is greater than just what can be experienced in a ceremony. I think Freemasonry is an exposition of Life itself – the creative life we all have to live.

Certain and most true.

“Ascend with the greatest sagacity from earth to heaven and unite together the power of things inferior and superior; thus, you will possess the light of the whole world, and all obscurity will fly away from you. This thing has more fortitude than fortitude itself because it will overcome every subtle thing and penetrate every solid thing. By it the world was formed.”  – (H.P. Blavatsky Translation)

2 Comments on “As Above, So Below: What Does it Mean to a Freemason?”