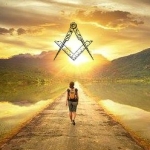 The great spiritual teachers, culture bringers, warriors, Freemasons and saints are living examples of the virtue of fortitude. Whether they fight the dragon or obtain the great treasure it guards, those with fortitude are people who deliver on their promises. They are people who do what is right, who take on any trial or opposition and see it through to the end. The importance of fortitude is truly significant in the masonic teachings such as are found in the Blue Lodge, the Scottish Rite, and in the York and English Rite.

Have you ever stopped to think how much fortitude you have?   Why does it matter?

I know I am correct in saying that we live in a time of great opportunity.  All progressive groups in the world are being called to accountability. The demand is under way that we actually, factually accomplish. I am also fairly certain that most golden opportunities go unfulfilled because people are hoodwinked to the presence of the opportunity. People are afraid to act.

Fortitude is defined in the Mason’s Manual as:

That noble and steady purpose of mind, whereby we are enabled to undergo any pain, peril, or danger, when prudentially deemed expedient.

It is the virtue of courage and much more.  Fortitude gives us strength to act.  Ethics without the component of fortitude to act keeps it in the realm of heady philosophy.  As it is said by the mystical teacher Morpheus in the movie The Matrix:

Neo, sooner or later you’re going to realize, just as I did, that there’s a difference between knowing the path and walking it.

Fortitude is bringing both halves together, the knowing and the doing. 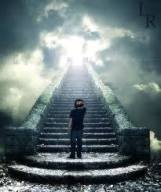 get worse. Allowing ethics to “slide” will eventually take everything else for the same ride.

I ponder sometimes the amount of fortitude around me: leaders, scholars, scientists, legislators, religious guides, Freemasons— myself. I ponder how often we betray our morals and principles on every topic.  On the other hand, we admire people who have voluntarily or forcibly departed from the status quo, faced great challenges, and saved themselves and others.  Possibly we want to believe that we, too, can go on an incredible journey and come back transformed for the better.

How do we acquire more fortitude? How do heroes do it?

The Path of the Hero

As most know, the phrase “hero’s journey” or Monomyth was made popular by Joseph Campbell in his book Hero with a Thousand Faces.  It’s the idea that one single protagonist undergoes a life-changing journey to come out the other side wiser than they began. The Monomyth has been a pretty stunning formula in movies and books such as

The Lord of the Rings, Star Wars, and Tolkien’s The Hobbit.  It is also the allegorical pattern in many of the masonic rituals.

The hero is often faced with questions about himself. What kind of person should I be?  What is the best way to live? How do I attain excellence? What should I aim for? What training must I do to achieve those aims?  Many of us eat, sleep, and breathe the ideals of the hero.

The All is everywhere, and anywhere may become the seat of power. Any blade of grass may assume, in myth, the figure of the savior and conduct the questing wanderer into the sanctum sanctorum of his own heart.

The monomyth idea suggests that, given the call to adventure and favorable circumstances, we might be able to advance beyond our current limitations and unearth, if not exactly superpowers, at least latent virtues that we can use to serve the greater good.

Fortitude is instilled when one desires something so intensely or values that something so highly that he will settle for nothing else, and is willing to sacrifice many things.  It is

the virtue that gives a hero a willingness to die and stand by his principles to the very end.

In an article published in Vol. 2, Issue 8 of Living Stones Magazine, author Jason Marshall suggests that the rituals of Freemasonry set a high bar for the hero, especially in the Hiramic Legend of the Third Degree.

The Hero’s journey provides a powerful blue print for transformation, and it is no coincidence that the ritual experience of the craft follows this timeless formula. Just as the hero’s quest calls seemingly ordinary men to undertake feats of greatness, which have far-reaching impacts, the masonic fraternity calls men of all backgrounds to undertake their own hero’s journey, to not only transform themselves, but the world around them.

Marshall explains that a Freemason transforms humanity through modeling the process of an initiatory experience. He finds something underneath life that gives it purpose; that works, and has a sublime lesson. Marshall says that the ultimate hero is one who is resurrected from his world of adventure to immortality.

To transform the world around us might mean that today we are looking beyond the individual hero to a collective hero – one in which a society changes itself for the better by seeking answers en masse. It might mean there is one brotherhood fighting battles for human kind and not only individuals fighting their own monsters.

In the end, what is it that allows a courageous individual to tolerate the loss of life, that which the great majority of humanity cherish so highly? In my opinion, fortitude is ultimately based upon identification as the immortal, invincible Self.  In short, it is based upon the realization of one’s true Identity. Who can lose the immortal Self?

In 1 Corinthians 15:51, Saint Paul talks about the immortal Self when he says:

Behold, I show you a mystery; We shall not all sleep, but we shall all be changed.

Cowardice crops up from the overwhelming feeling that something of rare value will be lost. The truly courageous person is not only able, but eager to give up all things short of the Self, for the sake of the greater realization.

For he knows that the further he journeys, the vaster the perspective, and the more humbling the realization.

Lead me from darkness to Light.

Lead me from the unreal to the Real.

Lead me from death to Immortality.