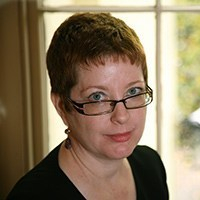 If the traveling Craftsman with an eye toward making an advancement in Masonic Knowledge was spoiled for choice with multiple conferences this past spring, another is coming in August.

The third Summer International Masonic Workshop, scheduled from the 23rd to the 27th of August in Athens, is being billed as “a unique opportunity for Freemasons around the world, as well as for anyone interested in Freemasonry, and their families to meet, get acquainted and discuss options and opinions on Freemasonry, while they enjoy a summer break next to an idyllic beach.”

The stated aim of the workshop is “to provide an overview of the most recent topics concerning the Masonic Fraternity, such as the role of Freemasonry in the 21st century, regularity, recognition and fraternal relations, Masonic research etc.”

Organizers are trying to make it very clear that the workshop is not affiliated to any masonic or academic body, is not in any way a tyled event and that there won’t be any associated tyled meetings. Those points are very important to some Freemasons.

The workshop in Greece follows similar conferences in May. There was the International Meeting of European Masonic Lodges in Toulon, the World Conference on Fraternalism, Freemasonry, and History at the Bibliotheque Nationale de France in Paris and the United Grand Lodge of England’s Tercentenary gathering in Montego Bay, Jamaica. The four gatherings are making 2017 one of the most conference-dense in Masonic academic study.

The call for papers at the Greek conference ended May 31 and six guest speakers have been announced.

Susan Mitchell Sommers (Featured Image): Saint Vincent College Professor and General Editor of the Journal for Research into Freemasonry and Fraternalism who, with Andrew Prescott, recently released the so-called “paper heard round the world.” That paper challenges the 1717 Freemason genesis date, maintaining the actual date probably is about four years later. Her paper’s topic is “James Anderson and the Myth of 1717.”

David Harrison: Masonic historian and archaeologist based in the UK and the author ofeight books on the history of Freemasonry, his work has appeared in a variety and magazines. These include Philalethes Magazine, Freemasonry Today, MQ Magazine, The Square, Knight Templar Magazine, Heredom, and New Dawn Magazine. Harrison has also appeared in television and radio spots talking about Freemasonry. His paper’s topic will be “Byron, Freemasonry and the Carbonari.”

Remzi Sanver: A Freemason born in Istanbul, he is senior researcher at the French National Scientific Research Center (CNRS) whose best known research is about “Game Theory” and “Collective Decision Making Theory.” He also has been on the editorial board of various international scientific journals and the administrative board of scientific societies. His paper’s topic will be “Sufism at the Crossroad of Two Traditions: Thoughts on Initiation and Islam.”

Robert Bashford: Masonic Researcher and well-known in Masonic conferences since he presented his first paper in 1984, his work on behalf of Irish Lodge of Research No 200 I.C. was acknowledged in 2009 with the presentation of the Lodge of Research Jewel of Merit. His more recent appearances were at the International Meeting of European Masonic Lodges in May, Lodge Hope of Kurrachee and the Manchester Association of Masonic Research. His paper’s topic will be “The origins of the Grand Council of Knight Masons in the year 2553 of Knight Masonry.”

Valdis Pirags: Freemason, MD, Professor of Medicine at the University of Latvia and the Head of the Clinic of Internal Medicine at the Pauls Stradiņš Clinical University Hospital in Riga. He is a recipient of the Karl Oberdisse Award and the Distinguished Research Award from the Kuwait Foundation for the Advancement of Sciences. More recently, he has been working on epidemiology of diabetes mellitus in Latvia and creation of the Genome Database of the Latvian Population. His paper’s topic will be “Freemasonry as a Method of Attaining Enlightenment.”

Registration is required. Cost for the event ranges between 500 and 1,000 Euros, depending on the package selected. The costs includes accommodation in a four-star hotel on the Athenian coast.

← The Bond of Friendship: Brother Nellie McCool and Brother Ursula Monroe
Success and the Crafty Freemason →